Christopher Jones received his B.A. in Music at Stanford University in 1982.  During that time he played with the Stanford Symphony Orchestra under the baton of Maestro Peter Jaffe, who was earning his doctorate in conducting.  He performed concertos with the Stanford Symphony Orchestra, Stanford Wind Ensemble and Palo Alto Chamber Orchestra before taking a break from music while he completed his medical education.  Since moving to Sacramento, he has resumed his musical interests, playing principal horn with the Auburn Symphony, the Camellia Symphony and also performing with the Golden State Brass Quintet. 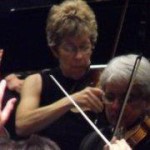 Sunie Nelson-Keller began playing the violin at age 7. While pursuing a nursing degree, she took lessons from Glen Dictrow, who was concertmaster of the Los Angeles Philharmonic at the time.  She then went on to Loma Linda University and obtained a dental hygiene degree. She is a regular contributor to the Sacramento Youth Symphony sectional rehearsals, where her daughter has played for the last 8 years.  She currently lives in Rocklin, where she has her own legal nurse consulting business.  When she is not practicing the violin, she is on the water pursuing slalom water-skiing where she competes as an avocation. 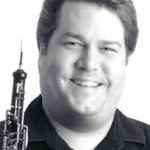 Curtis Kidwell has a distinguished background and is one of the most accomplished musicians in Northern California. Among his many degrees, he earned a Master of Music in Performance in 1997 at the prestigious San Francisco Conservatory of Music. He is one of the most sought-after oboe players in the region and regularly performs as the principal oboe player for the Auburn Symphony, Napa Valley Symphony, Vallejo Symphony and Camellia Symphony. Mr. Kidwell has performed at nearly every prestigious music festival in the country and throughout Europe, including: Aspen, Tanglewood, Taos, Marrowstone, and Bowdoin, where he served as teaching faculty. Mr. Kidwell was the winner of the Fischoff Chamber Music, Carmel Chamber Society, and Colmann Chamber Competitions. 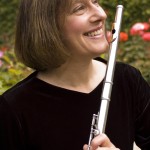 Maquette Kuper performs as principal flute with the Auburn Symphony and has appeared several times with the orchestra as a soloist.  Ms. Kuper is a founding member of  MôD Artists.  She is also a member of the Crocker Art Museum Music Board, helping to organize their Classical Concert Series.  A longtime Davis resident, Ms. Kuper teaches flute privately and is the director and founder of the Davis Youth Flute Choir, which has toured to Japan, South Korea, and China, and garnered several awards and recognitions throughout the United States.  Ms. Kuper is a graduate of the New England Conservatory of Music, spent two summers as a fellowship student at Tanglewood, and studied in Paris on a Fulbright fellowship.  She has also studied with Lloyd Gowen, James Pappoutsakis, and Michel Debost, and performed in numerous master classes given by Julius Baker.  Ms. Kuper is a winner of the Mu Phi Epsilon International Young Artist Competition and has appeared as soloist with the Boston Pops Orchestra.  Her performances have taken her to Europe and throughout the United States, and she has been listed in Outstanding Young Women of America. 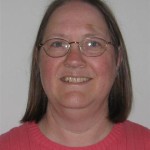 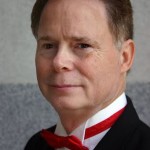 Paul Simmons earned his B.M. at the University of Delaware, and his M.M. at CSU, Sacramento and has studied with Gary Dilworth, Robert Halseth, David Blackinton, Richard Solis, Gilbert Johnson, Tony Crapis and Robert Goodman. Paul has performed with the Camellia, Sutter, Folsom and Auburn Symphonies, the Newcastle Brass, California Brass, the Davis Brass, and Christiana Horns.  He has performed and/or recorded with ensembles from Philadelphia to Las Vegas including Daimon, East Coast Connection, the Big Band Express and Stone Gumbo, playing musical styles from traditional jazz to hard rock. 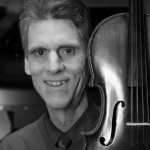 David Thorp began his career, in 1969, as a violinist in the Florida Gulf Coast Symphony Orchestra, Tampa-St. Petersburg now named The Florida Orchestra. Later, after seven years in New York City, he took a train-ride to Sacramento to be met by Michael Goodwin and to contribute in local musical efforts around The Fellowship of Friends in Oregon House for nearly 30 years. David’s participation in the Auburn Symphony grew out of this. David is a member of the North State Symphony, the Stockton Symphony, and the Dolanc String Quartet. 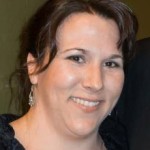 Patty Wassum has been playing clarinet virtually all her life and earned a Bachelor’s in Music from CSU, Sacramento, in 1999 and her Master of Music from the University of South Carolina in 2001. During that time, she was a student of esteemed clarinetists Deborah Pittman and Doug Graham. From 2002-2012, she was the principal clarinet player of the Camellia Symphony Orchestra and was appointed principal clarinet for the Auburn Symphony in 2012. She is currently a music instructor in the Sacramento City Unified School District. 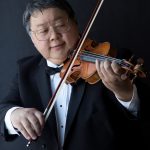 Anson Wong has performed with the Auburn Symphony since 1999.  He was introduced to the violin at the age of eleven through the San Francisco public school system and developed his skills through his private studies with Oakland Symphony members Carol Garrett and Timothy Chan and with Giehl Irving Parsons of San Francisco.  In addition, Anson is a founding member of the Folsom Lake Symphony and has performed with the orchestra since 2004.  Anson has previously served as concertmaster for the Sierra College Orchestra and was a member of the U.C. Berkeley Summer Orchestra.

Anson received his Bachelors Degree in Business from U.C. Berkeley and his MBA from the University of Southern California. After a 20-year career in Finance and Marketing at Intel Corporation, Anson retired to pursue his passion in music. In addition to performing, Anson volunteers his time in Folsom Lake Symphony management and currently serves as the Board President.