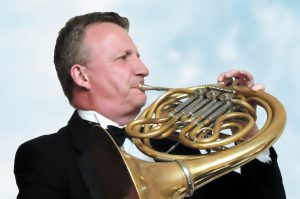 Christopher Jones received his B.A. in Music at Stanford University in 1982. During that time he played with the Stanford Symphony Orchestra under the baton of Maestro Peter Jaffe, who was earning his doctorate in conducting. He performed concertos with the Stanford Symphony Orchestra, Stanford Wind Ensemble and Palo Alto Chamber Orchestra before taking a break from music while he completed his medical education. Since moving to Sacramento, he has resumed his musical interests, playing principal horn with the Auburn Symphony, the Camellia Symphony and also performing with the Golden State Brass Quintet.