Masterworks IV 2018 :: Rachmaninoff :: Rapsodie on a Theme of Paganini 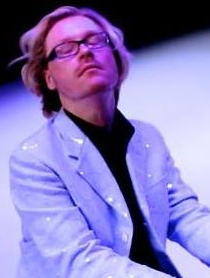 In 2013 Konstantin made his directorial debut as Assistant Music Director of the new opera “Magic Mirror” in Boston. Konstantin’s other theater appearances: narrator with Miami Symphony’s Musimelange performance Stravinsky’s “Soldier’s Tale”, “Forbidden Juilliard” as multiple characters at Juilliard School and Club Makkor in NYC and “Victor or Children in Power” as Young Victor at Moscow State Satire Theatre, Moscow.

Konstantin stars as Pavel Sidorov in feature film “Dishonorable Vendetta“, directed by Andre Josef. His other film credits are “Decent Men” as Reinhard Heydrich, “Carbon Based” as Leibniz, “Hansel and Gretel” as Emil Von Kuhner and Photographer in “Pictures”.

Konstantin is a producer and host of “Real Pianists of The Hamptons” – the first ever classical music reality show made at Pianofest in The Hamptons where Konstantin is Artist in Residence since 2011.  He appeared on many television and radio interviews including NPR’s “Performance Today” with Fred Child.

Konstantin is an alumnus of The Juilliard School where he has earned his BM, MM, and AD degrees under the tutelage of Jerome Lowenthal. Born in Moscow to a family of artists he studied at the Moscow Central Special Music School, under the auspices of the Moscow State Conservatory, with Anatoly Ryabov.

Konstantin is an Arts Global artist and is also represented by Manhattan Music Ensemble.