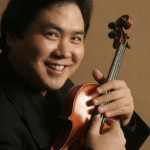 As a chamber musician Mr. Kawasaki is a founding member of the D’Amici String Quartet along with Federico Agostini, Sadao Harada, and James Creitz as well as Trio+ with Vadim Serebryany and 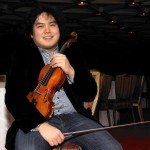 Wolfram Koessel. The two ensembles have toured extensively within North and South America, Europe and Japan. He is also a founding member of Arkas String Quartet, a resident ensemble in Sasebo, Japan.

His most recent recordings include chamber works by Beethoven, Mozart and Schumann on the TDK Core Label and Denon Label. He has also recorded Bach’s Double Concerto and the Complete Brandenburg Concertos with Walter van Hauwe and the Saito Kinen Chamber Players, both on the King Label.